by Rob Gillies, The Associated Press
Vatican
This article appears in the Pope Francis in Canada feature series. View the full series. 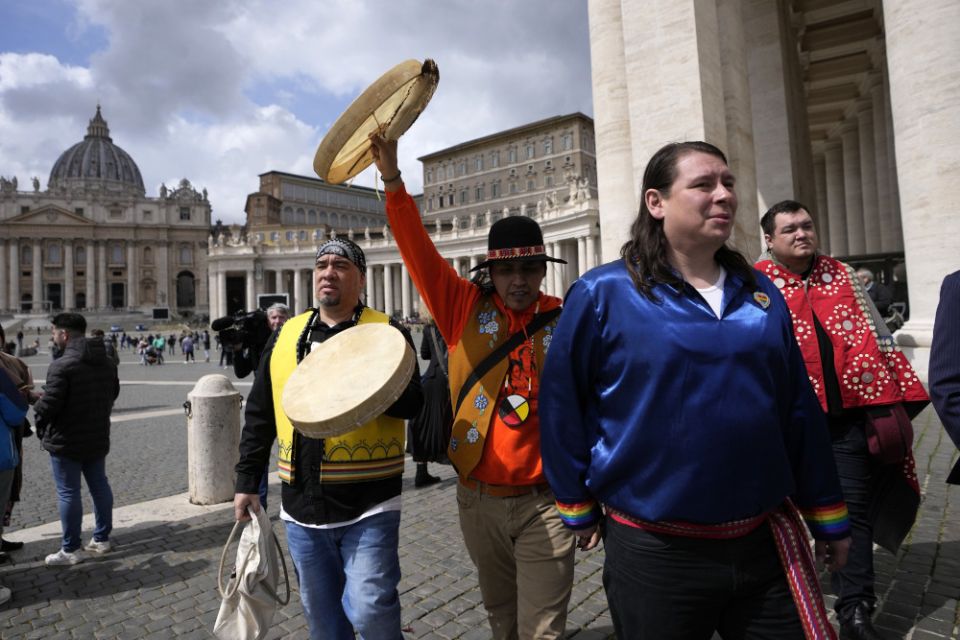 Toronto — Indigenous leaders met with Canadian bishops on June 1 and were told Pope Francis won't add more stops, as they requested, to his trip to Canada, where he will apologize in person for the abuse suffered by Indigenous people at the hands of the Catholic Church.

Francis, who has been using a wheelchair because of a bad knee, will head to Canada on July 24 and visit Alberta, Quebec and Iqaluit, a small town in the far north. The pope leaves on July 29.

"Three locations were picked. The survivors had no say in that. We weren't asked," said Ken Young, a former regional chief of the Assembly of First Nations in Manitoba. "We asked the bishops if that could change to include other venues, perhaps Kamloops, and that answer was no."

Richard Smith, the archbishop of Edmonton, said the Vatican made it clear the trip had to be short, considering the pope's health.

"The Vatican has announced those three sites, and when the Vatican announces it, that's it," Smith said.

Smith said he's "astonished" Francis is going ahead with the visit considering his limited mobility. Smith noted that a planned trip to Lebanon was cancelled and said Francis still plans visits to South Sudan and Congo in early July.

"I don't know this, but I wouldn't be surprised if people were advising him not to travel at all," Smith said.

With the Canada trip, Francis, 85, will be testing his stamina. After weeks of limping badly due to what the Vatican has said is a badly strained knee ligament, Francis began arriving at some public appearances in a wheelchair.

Pressure for a papal apology increased when the apparent remains of over 200 children were detected buried in unmarked graves in Kamloops, British Columbia, last year at what had been Canada's largest indigenous residential school. There are also unidentified remains in unmarked graves at other residential schools across Canada. Indigenous leaders wanted Francis to visit Kamloops.

From the 19th century until the 1970s, more than 150,000 Indigenous children in Canada were forced to attend state-funded Christian schools as an effort to assimilate them into Canadian society. Canada's government has admitted that physical and sexual abuse was rampant in the schools, with students beaten for speaking their native languages. 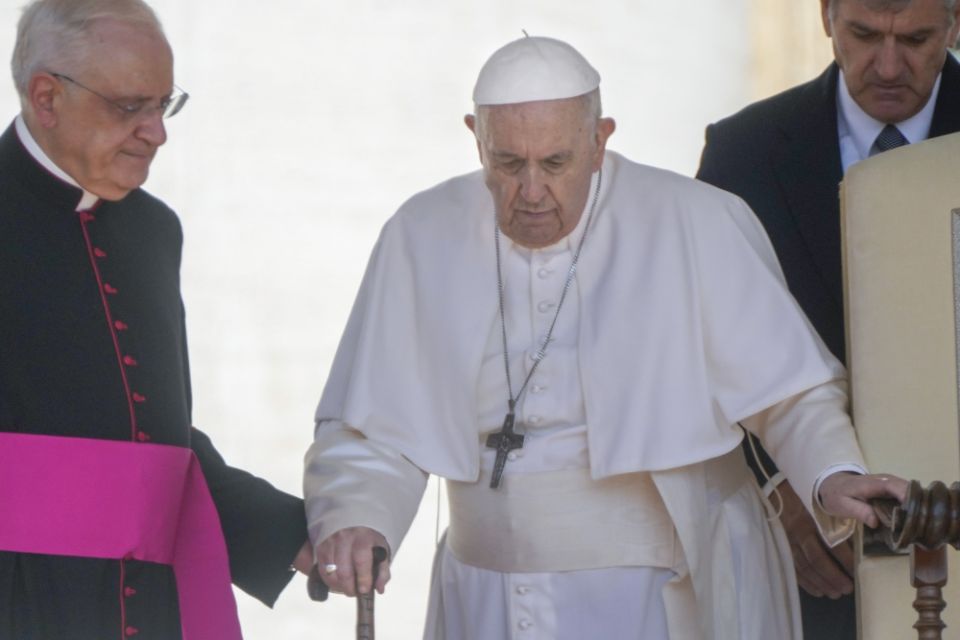 Pope Francis is helped by his aide Msgr. Leonardo Sapienza, left, as he walks with a cane to his weekly general audience in St. Peter's Square at the Vatican June 1. (AP/Gregorio Borgia)

Earlier this year, Francis made a historic apology in the Vatican for abuses in Canada's church-run residential schools and expressed "sorrow and shame" for the lack of respect for Indigenous identities, culture and spiritual values. He said then that he wanted to go to Canada to deliver the apology personally to survivors.

Young said the apology at the Vatican didn't go far enough but said he's confident the pope will say the right thing.

"The church has to accept ownership and responsibility for what happened to First Nations people and families," Young said. "The impacts were life changing and life lasting. We expect, at least I expect, the pope to apologize on behalf of the Catholic Church in the right way. How that works out in terms of words is something we have agreed to work on with the bishops."

Ted Quewezance, former chief of the Keeseekose First Nation in Saskatchewan and the interim chair of a residential survivors school group, said they would like to see the wording of the apology Francis will make in Canada. He said they also need to work out how to get survivors to the locations the pope will visit.

Smith, the archbishop of Edmonton, said the pope will "say the right thing because he really wants this to be a step forward and a step in the whole healing process."

Church must learn to listen to families, pope says