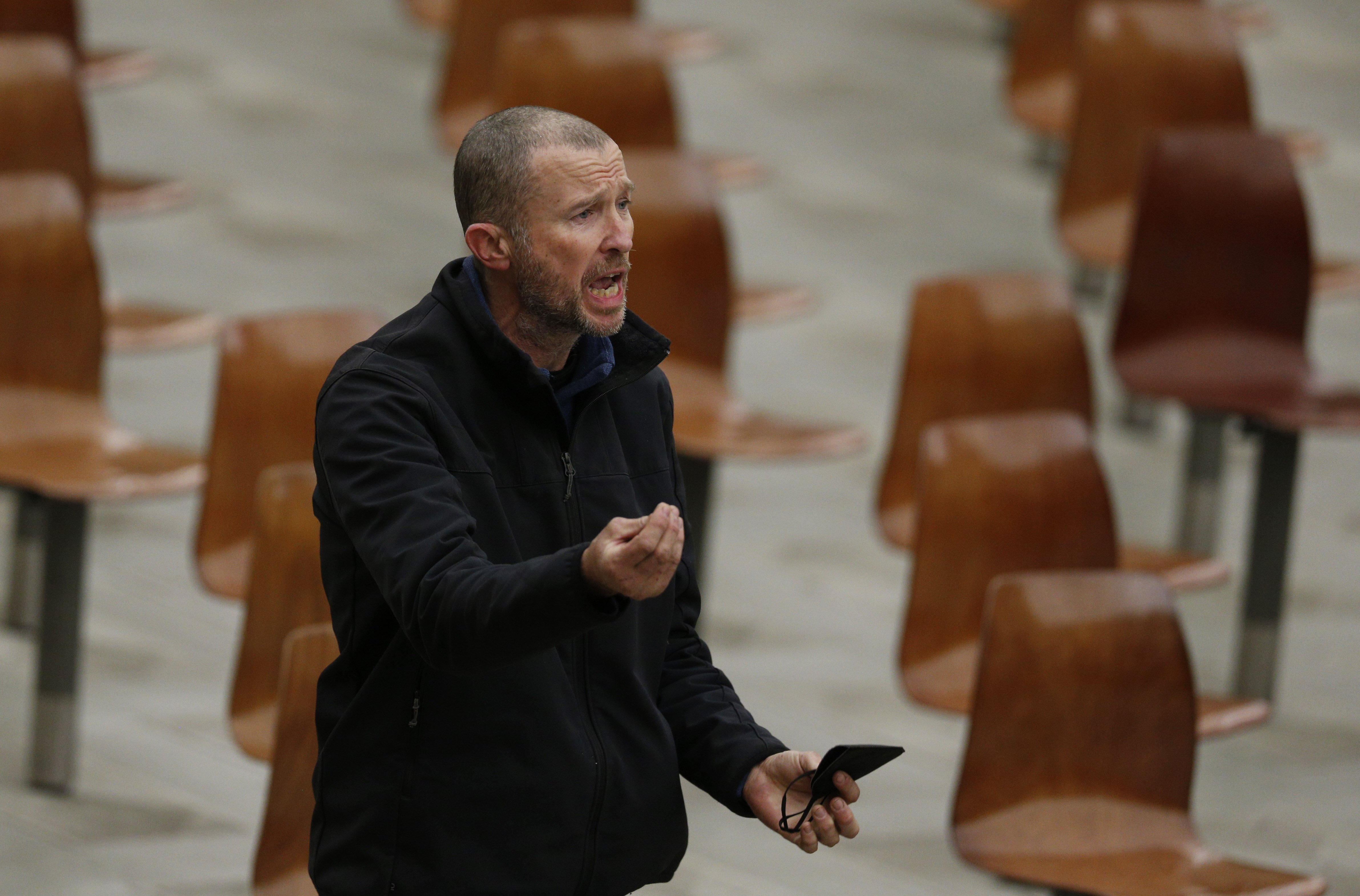 A man holds a masks as he yells while Pope Francis speaks during the general audience in the Paul VI hall at the Vatican Feb. 2, 2022. (CNS photo/Paul Haring)

ROME — Pope Francis' weekly general audience was interrupted on Feb. 2 by a maskless protester shouting "This is not the Church of God!"

The man, who was not immediately identified but spoke in English, was soon escorted out of the Vatican's Pope Paul VI audience hall. While the exact nature of his protest was unclear, Pope Francis responded by offering his prayers for the individual.

"A few minutes ago we heard a man who was screaming, shouting, who had some kind of problem," Francis said at the conclusion of his hour-long greeting to pilgrims from around the globe. "I don't know if it is physical, psychological or spiritual, but he is a brother of ours who has a problem."

"I would like to finish by praying for him, our brother who is suffering, poor man," he continued. "If he's yelling it is because he is suffering, has some problem. Don't be deaf to the needs of this man."

A witness at the event said the individual in question appeared to be between 40 and 50 years old.

Anyone attending Vatican events are required to wear high-filtering FFP2 face masks (a similar equivalent to the N95 masks).

As the pope concluded his Wednesday audience, he noted the upcoming anniversary of the International Day of Human Fraternity on February 4.

"I hope that concrete steps will be taken, together with believers of other religions, to affirm that today is the time for fraternity, avoiding fueling clashes, divisions, closures," said Francis.