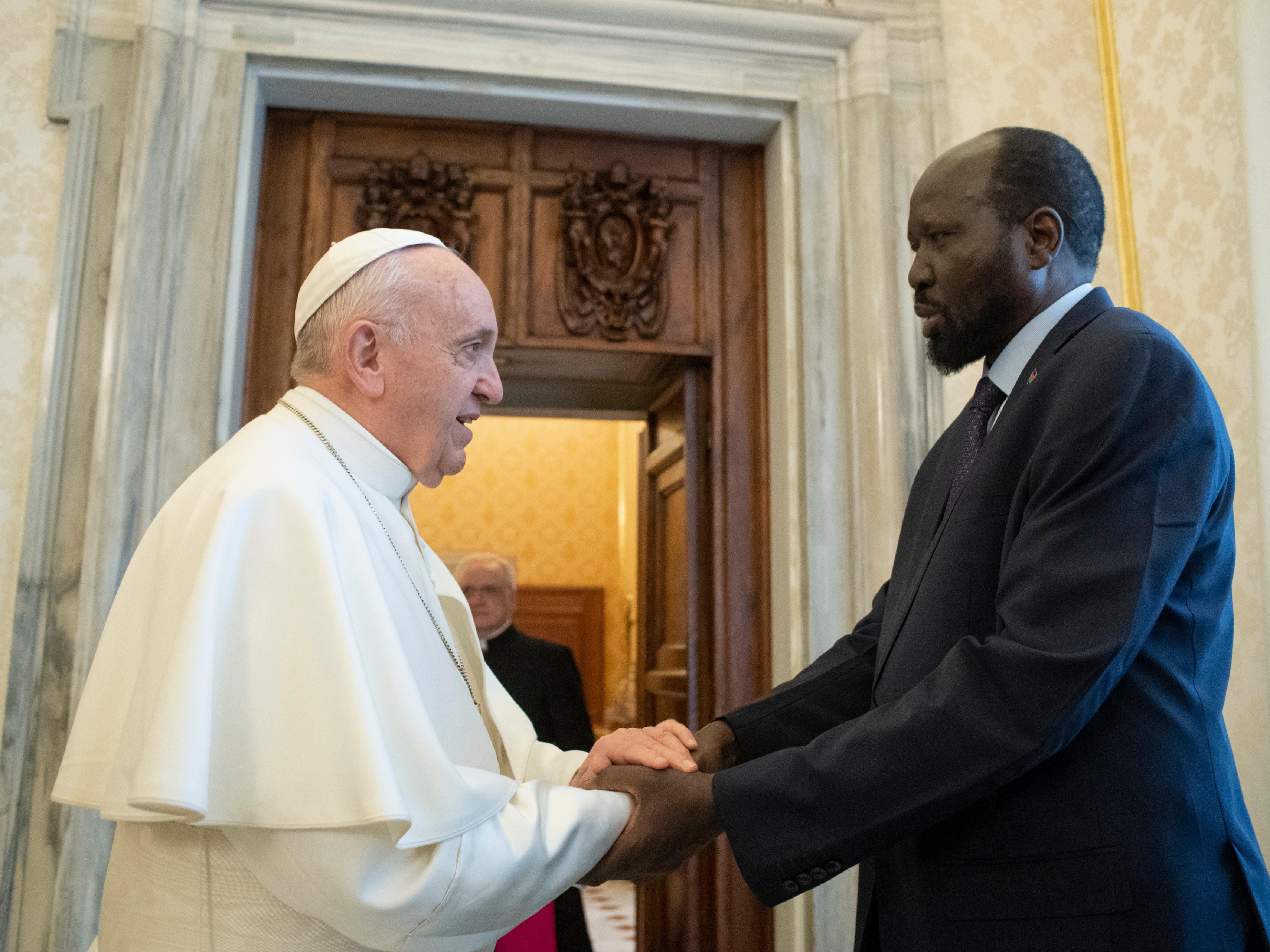 ROME — Pope Francis will make a much anticipated trip to the war-torn nation of South Sudan in July, after first visiting the Democratic Republic of Congo, the Vatican announced on March 3.

The historic July 2-7 trip will mark the pope’s third visit to sub-Saharan Africa. The journey will mark the first time a pope has visited the world's youngest nation of South Sudan and only the second papal visit to the Congo, which is home to Africa's largest Catholic population.

Both the Archbishop of Canterbury, Justin Welby, and the moderator of the Church of Scotland, Jim Wallace, are widely expected to join Francis for the South Sudan portion of the trip. Last month, Welby characterized the joint ecumenical travel plans as "history.”

The three faith leaders have sought to visit South Sudan since 2017, although past security concerns had foiled those plans.

Over the last five years, Francis has been especially attentive to South Sudan’s peace process, meeting together with the South Sudanese president and the country's rebel leadership at the Vatican in 2019.

In a now memorable scene from that encounter, the pope knelt down and kissed the feet of the 5-member leadership delegation, begging both the president and the rebel leadership not to return to civil war. Nearly 400,000 people have been killed since the war began in December 2013 and an estimated 4 million people have been displaced.

In 2021, Francis, Wallace and Welby sent a joint message to the leaders of the country to mark their 10th anniversary of independence and encouraged them to continue to work together to secure a stable peace.

"We pray that those promises will shape your actions, so that it will become possible for us to visit and celebrate with you and your people in person, honoring your contributions to a nation that fulfills the hopes" South Sudanese had at independence, they wrote at the time.

In December, the Vatican's foreign minister, Archbishop Paul Gallagher, traveled to the South Sudanese capital of Juba, where he met with both the country's political and religious leaders and confirmed that a papal visit was on the horizon.

As for the Congo, the pope mentioned his desire to visit the African nation in an October 2021 interview with the Argentine news outlet Télam. With a rapidly growing population of some 35,000 million Catholics, it could soon become one of the most populous Catholic countries in the world. Pope John Paul II visited the country in 1980.

Francis will travel through the Democratic Republic of Congo from July 2-5, where he will visit the cities of Kinshasa and Goma. From July 5-7, the pope will visit the South Sudan capital of Juba.

Despite canceling a trip to the Italian city of Florence on Feb. 27 due to knee pain, Francis' next trip outside of Rome is scheduled for April 2-3 to the Mediterranean island nation of Malta.