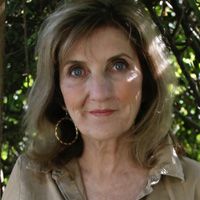 Mary Jo McConahay is a longtime contributor to National Catholic Reporter and a prize-winning author, documentary filmmaker and freelance journalist who has reported from two dozen countries over 30 years. Her work has appeared online and in newspapers and magazines, including the Los Angeles Times, Newsweek, Salon.com, Time and California Lawyer. She is the author of Maya Roads, One Woman's Journey Among the People of the Rainforest and Ricochet, Two Women War Reporters and a Friendship Under Fire. Her book, Tango War: The Struggle between the Axis and the Allies for the Hearts, Minds and Resources of Latin America, 1933-1945, will be published by St. Martin's Press in 2018.

Like prior stand against nuclear weapons, climate emergency calls for bold leadership from US bishops

Once before, U.S. bishops issued a collective public address on an existential issue from the point of faith and morals when the future of the world hung in the balance. Then, it was nuclear weapons. Today, it should be climate change.

Catholics in the Amazon await the synod's decisions

People in the Amazon region are hoping that the synod will recognize that the more that Amazon residents can control their own resources, and the young are encouraged to stay and carry on traditions of preserving an ecologically sound way of life, the greater chance for the Amazon to survive.

San José del Guaviare, Colombia, is known as the "gateway to the Amazon," and in the forest there I stayed with an indigenous family in their traditional maloca house and learned about how they view their Catholicism, their customs, and a changing world.

For over 30 years, Bishop Álvaro Ramazzini has championed social justice for those on the margins in Guatemala, weathering death threats as a peace mediator and advocating for the environment.

Argentina's past dictatorship: Moving toward denial?

On the front lines of mining protests with the Maya

From a Memphis monastery to war-torn Guatemala

Massacres of El Salvador's past haunt the present

Guatemala genocide trial back on track after suspension

Trial of Guatemalan dictator Ríos Montt annulled on a technicality

Genocide on trial in Guatemala, setting model for region