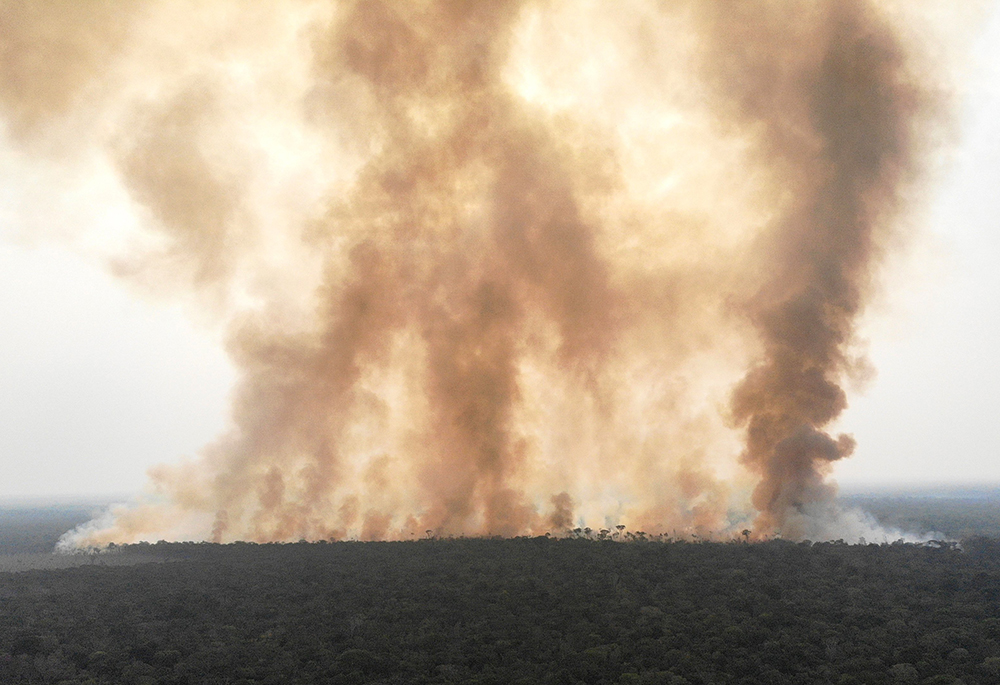 Smoke billows from a fire in August 2020 in an area of the Amazon jungle as it is cleared by loggers and farmers near Humaita, Brazil. (CNS/Reuters/Ueslei Marcelino)

Days ahead of the second, and final, round of Brazil's presidential election, a number of Catholic social pastoral ministries in the country released a letter repudiating the incumbent Jair Bolsonaro's reelection. One of the reasons they cited for their stance: the current president's "policy of environmental destruction."

The Oct. 21 letter was signed by dozens of church groups, including committees within the Brazilian bishops' conference that deal especially with vulnerable populational segments. Among them were the Land Pastoral Commission, the Indigenous Missionary Council, or CIMI, and Caritas.

Brazilians will return to the polls Oct. 30 for a runoff vote that pits Bolsonaro against former president Luiz Inácio Lula da Silva. In the first round Oct. 2, Lula da Silva led with 48.4% of the votes, while Bolsonaro had 43.2%. A candidate had to exceed 50% of the vote to avoid the runoff election.

The most recent polls show that Lula 6 is percentage points ahead, with 53% support, versus Bolsonaro at 47%.

After the polls closed and ballots were tallied Oct. 30, Lula was declared the winner by Brazil's election authority, achieving a narrow victory with just over 50% of the vote, per preliminary results. 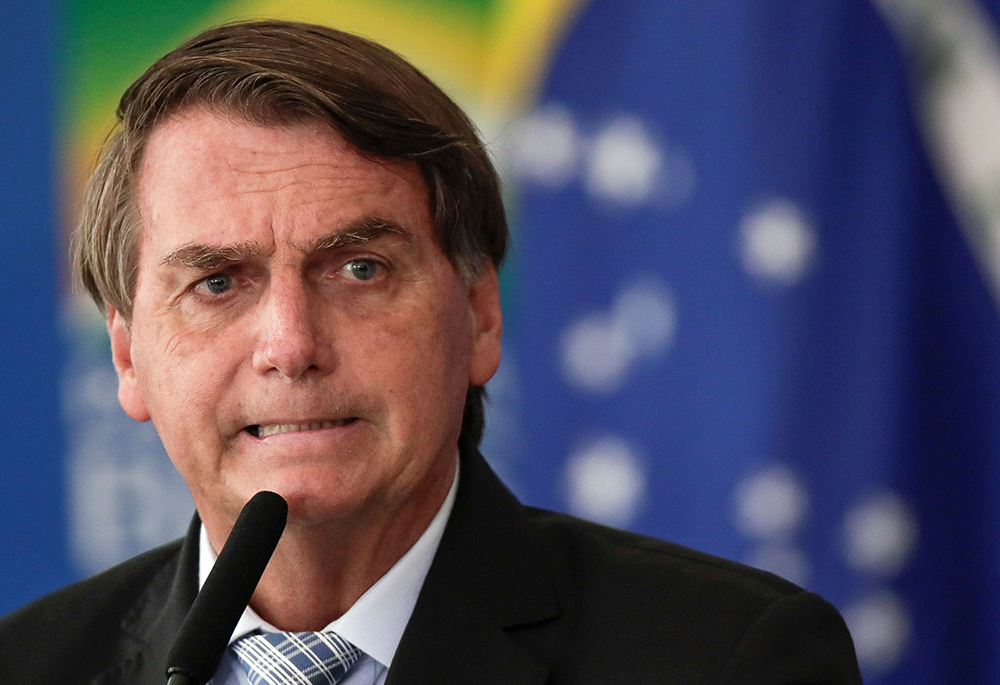 Among their reasons to reject a second Bolsonaro term, the Catholic groups also mentioned his "bad attitudes concerning his handling of issues" connected to different social minorities, including native peoples and traditional communities who often are at the center of the struggle for environmental protections and human rights and whose livelihoods directly depend on the South American country's vast ecosystems.

In recent years, Indigenous activists and Catholics have worked together to denounce how Bolsonaro has simultaneously weakened the government's environmental agencies and endorsed the invasion of protected lands, which has led to unprecedented destruction in all Brazilian biomes — especially in the Amazon — and has impacted the lives of thousands of the rainforest's peoples.

Environmental experts in Brazil have argued that the Amazon would not survive four more years in the current scenario. Parts of the rainforest — especially in its eastern and southeastern portions — already emit more carbon than they can absorb, according to agronomist Ima Guimarães Vieira, a researcher at the Emilio Goeldi Museum in Belém and an adviser to the Catholic Church's Pan-Amazon Ecclesial Network (REPAM).

Related: REPAM launches 'I vote for the Amazon' campaign ahead of Brazil election

"The Amazon already had 20% of its area destroyed [in the past five decades]. I think that a new Bolsonaro tenure would result in at least 30% of deforestation," she told EarthBeat. The past four years alone has seen the devastation reach 48,000 square kilometers, she added.

Ecologists like Vieira say that Bolsonaro considers environmental issues to be an obstacle to his model of exploitation of the Amazon, which is based on highly environmentally impacting activities like cattle raising and mining.

"During his administration, the environmental monitoring and control agencies have been weakened and crimes have not been punished. Actions to combat deforestation were reduced and laws were changed [in order to loosen environmental protections]," she said. 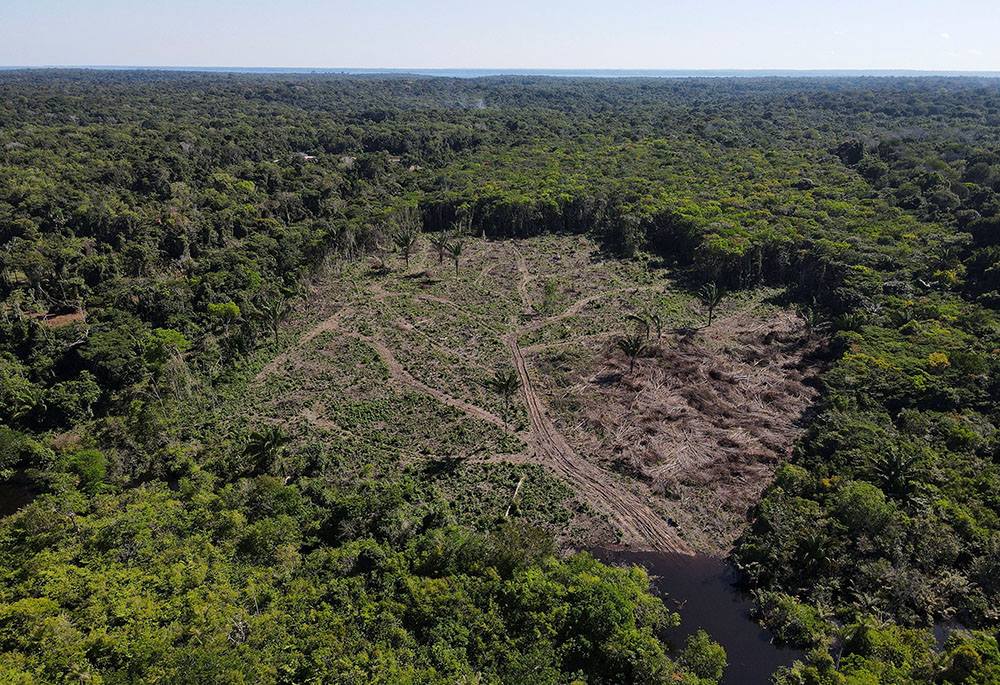 A recent report showed that the federal budget for environmental policies has fallen substantially. In 2014, during former President Dilma Rousseff's tenure, government spending on the environment reached its highest levels in history, $2.5 billion. By 2021, Bolsonaro had slashed spending to less than $700 million on environmental protection.

"Those organs [agencies] had their teams reduced. Senior workers retired and the government has not hired new ones. The number of monitoring operations and raids declined. At times, inspectors in charge of harsh measures against illegal loggers were fired," said Sr. Jean Ann Bellini, a U.S.-born missionary in Brazil who is part of Land Pastoral Commission.

The National Institute for Colonization and Agrarian Reform, or INCRA, the governmental agency in charge of land reform in Brazil, has completely ceased to grant farmlands to landless peasants under Bolsonaro, Bellini added.

"At the same time, he endorsed a kind of deed regularization based on the self-declaration of ownership. This way, what happened is that land invaders — especially in the Amazon — have received the right to own areas inside of protected reservations, for instance," she said.

In Brazil, many lands are owned by the state. Historically, people would occupy them and forge ownership documents, a process called grilagem in Portuguese. The origin of the word is connected to the fact that invaders would put grilos — the Portuguese word for crickets — inside of a box with a fraudulent deed. After a few days, the document would look like an ancient piece of paper and the forger would show it as evidence of his rightful claim to an area.

Illegal land occupiers, or grileiros, usually invade areas and destroy the existing forest so they can sell "cleared lands" to farmers for higher prices. When that process is certified by the government — as Bolsonaro has been doing — agrobusiness companies feel free to buy those areas to expand their operations.

Under Bolsonaro, the incentives for illegal land clearing practices have come from many sources, Bellini said. Along with the federal government, local governments supportive of Bolsonaro have also played a role by approving legislation to favor land invaders and economic activities in protected zones. 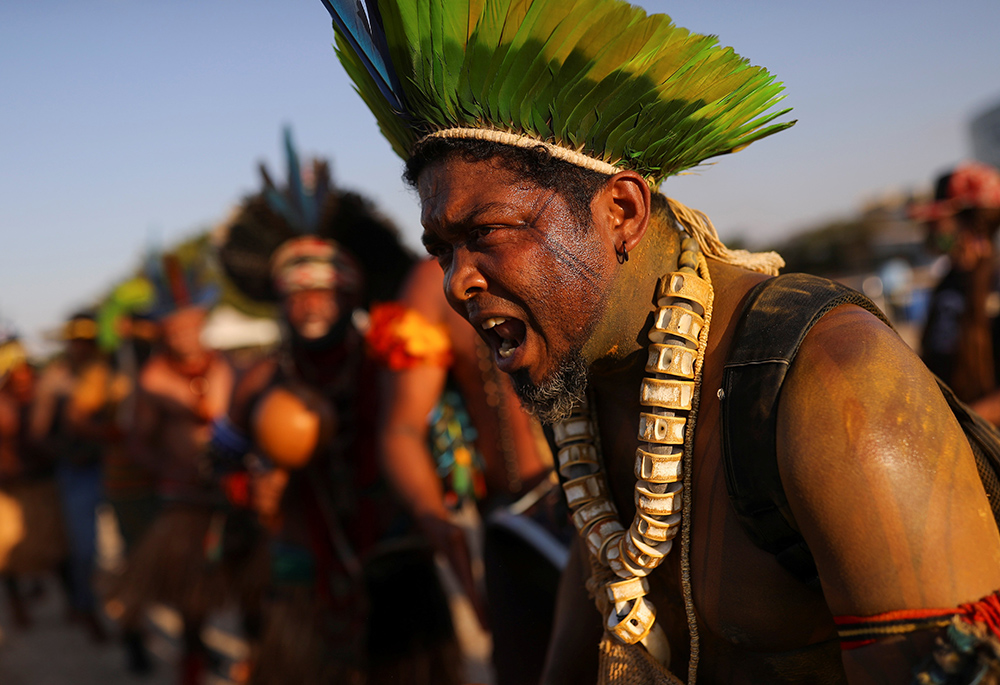 "This way, even lone wolves with no political connections nor financial strength have been feeling empowered to occupy and destroy the rainforest, with the expectation that Bolsonaro will somehow legitimate their actions," she said.

Such practices will likely keep advancing even if Bolsonaro is not reelected, Bellini warned.

Besides small farmers, Indigenous peoples are the most impacted groups by the land intrusions. Most native peoples worry about a second Bolsonaro term.

"Bolsonaro has cut the dialogue with the Indigenous peoples and is boosting a model of occupation in the Amazon, which is extremely contrary to their traditional way of living," Antonio Eduardo de Oliveira, CIMI executive secretary, told EarthBeat.

That concern has led many Amazonian Indigenous peoples to take an active role in the presidential campaign, not only demonstrating support to Lula da Silva but also appointing their own candidates to Congress. Only a handful of the Indigenous candidates won offices in the Oct. 2 elections, but de Oliveira said those who did — like Congresswoman Sonia Guajajara, a longtime Indigenous activist — will be strong voices against the destruction of the Amazon during the next four years.

"[Guajajara has] a profound knowledge of the Amazonian reality," he said.

A recent report published by the progressive newspaper Brasil de Fato found a confluence between environmental destruction in the Amazon and support for Bolsonaro. In general, the most destroyed areas of the rainforest have been the ones where Bolsonaro and his allies received more votes.

In the city of Novo Progresso, where in August 2019 local farmers and loggers promoted a "day of fire," Bolsonaro had almost 80% of the votes, she added.

"The Indigenous peoples know that the rainforest will be destroyed if he is reelected. We are the guardians of nature and he will do anything to take us out of his way," Adriano Karipuna, a member of the Karipuna people from Rondonia State, told EarthBeat.

The Karipuna have been facing a vast invasion of their territory over the past years. The invaders have already devastated about a third of the area's Amazon rainforest.

Related: NatGeo documentary 'The Territory' spotlights the war for the future of the Amazon

In the absence of government action, Indigenous groups all over the Amazon have mobilized in order to monitor invasions of their territories and act when necessary. That is the case of the Indigenous Council of Roraima, an alliance of several local Indigenous peoples that established security bases in different parts of the northern state's Indigenous lands.

"There has been a continuous pressure from illegal miners over our lands," coordinator Edinho Macuxi said. "Earlier this year, we had to carry out an operation against them. We set fire to their dredges and destroyed their equipment."

Macuxi emphasized that the Indigenous peoples are well organized and ready to keep fighting Bolsonaro if he is elected again.

"That would be a fierce battle, but we will never simply allow him to destroy the environment as he wants to do," he said.

Related: As the Amazon loses resilience, church and popular movements strive to intervene