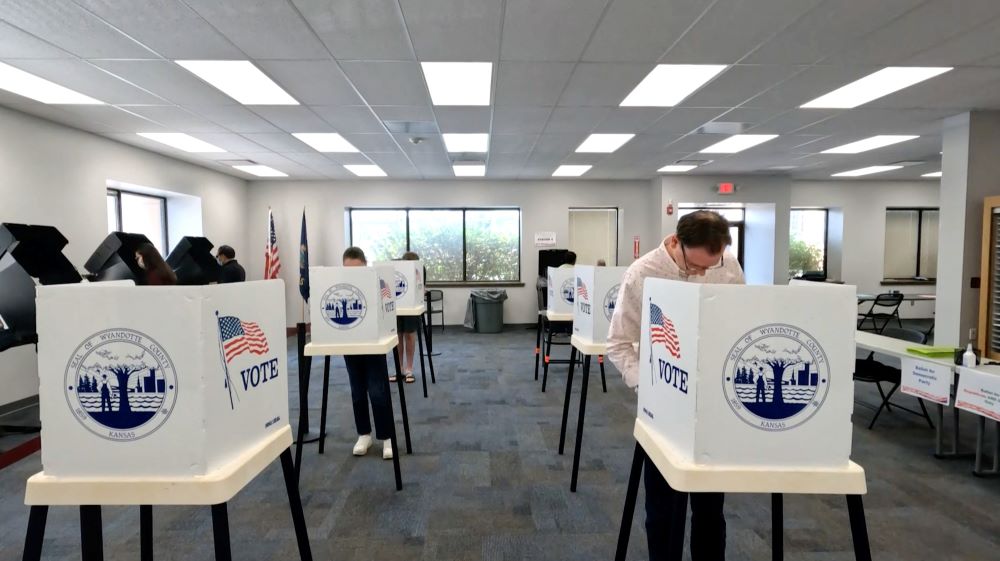 At the end of summer in a midterm election year, it is common to see a series of articles pointing to the possibility that the historical pattern, in which the party that controls the White House gets trounced, might not happen this time. I usually attribute such articles to the desire among journalists to create a sense of drama, even if there isn't one. But, this year, I am not so sure.

The Cleveland Plain Dealer reported Aug 18 that a political action committee, or PAC, close to Senate Minority Leader Mitch McConnell, the Senate Leadership Fund, is making a $28 million ad buy in the Ohio Senate contest that pits Democratic Rep. Tim Ryan against Republican, Trump-backed author J.D. Vance. The goal is to offset the significant fundraising advantage Ryan built up in the second quarter, taking in $8.6 million to only $1 million raised by Vance in that quarter.

The fundraising numbers illustrate two things. First, PACs are where the money is, but they are legally barred from coordinating too closely with a campaign, so they can basically only run attack ads against the opponent. Get-out-the-vote efforts need to be funded by the candidate's campaign itself. Second, fundraising shows enthusiasm for a candidate, and Ryan's enormous lead is surprising.

Will it be enough? FiveThirtyEight continues to list Ohio as "Likely Republican" and has Vance winning in 79% of the scenarios, as of last week.

Colorado Sen. Michael Bennet needs to hold his seat if the Democrats are to have any chance at retaining control of the upper chamber of Congress, and Republicans need to hold the Pennsylvania seat currently held by retiring Sen. Pat Toomey if they want to take it over.

The contrast between Ohio and Pennsylvania is also interesting. In both states, the GOP primary electorate chose the Trump-backed celebrity candidate: Vance in Ohio and TV doctor Mehmet Oz in Pennsylvania. But Pennsylvania’s Democratic Lt. Gov. John Fetterman is running as a liberal populist on both economic and cultural issues, while Ryan in Ohio is an old-style, pro-labor economic populist with more moderate stances on cultural issues. What unites the two men is a willingness to campaign in rural areas Democratic candidates usually avoid. They will not win in the rural parts of their state, but if they reduce the margins by which they lose, their winning totals in the big cities and suburbs might put them over the top.

The shift in the classification of the Utah race is less noteworthy but still interesting. To be sure, Utah is not going to be sending a Democrat to the U.S. Senate, but the shift shows some softness in the GOP vote in a midterm year when the party out of power in Washington should have all the juice.

The third item that seems to suggest this year might be different is that the Democrats have nudged ahead on the generic ballot, in which pollsters ask not about specific candidates but whether a voter thinks the Democrats or the Republicans should control Congress. According to FiveThirtyEight, the Democrats lead that by 0.5%, 43.9% to 43.4%. That is a tiny margin, but given that President Joe Biden's approval ratings remain mired at 40.7%, it shows that voters are wary of the Republicans.

The reason for this is anybody's guess. Certainly, some of the Republican candidates are extreme, supporting conspiracy theories and denying the results of the 2020 election in order to secure the support of the former president, but turning off centrist, unaffiliated voters at the same time. Voters still rate inflation and the economy as their top concerns, but it is possible that the GOP’s embrace of policies surrounding abortion rights strike many voters as draconian, as seen in the abortion referendum in Kansas.

Politico still predicts the GOP will capture the Senate this November, and the Cook Political Report now rates the race for control of the chamber as a "toss-up." FiveThirtyEight predicts the Democrats will maintain control of the Senate, winning in 63 out of 100 scenarios compared to 37 for the GOP.

With Republicans predicted by all three outlets as likely to win the House, does it matter if Democrats win the Senate? Won't GOP obstruction in the House be enough? Yes and no. Democrats will not be able to accomplish much with Republicans in control of the lower chamber, but as long as they can block House-passed legislation in the Senate, Biden can rise above the fray. Dysfunctional legislatures always serve the GOP brand more than the Democratic one, because Democrats are the party of good and effective government. Republicans can say "I told you so" when Congress fails to address a pressing issue.

November's midterm is still more likely to damage the Democrats than the Republicans. But it might not prove to be the shellacking some on the left have been fearing as inflation continues to eat away at people's monthly budgets. The times are unprecedented, mostly because of the threat Trump poses to democracy but also because of the power of culture war issues to divide the country and radicalize both parties. History, the great school of life, is the one thing that never repeats itself. I would not bet against the Republicans capturing both chambers of Congress, but I am also glad I am not a betting man.