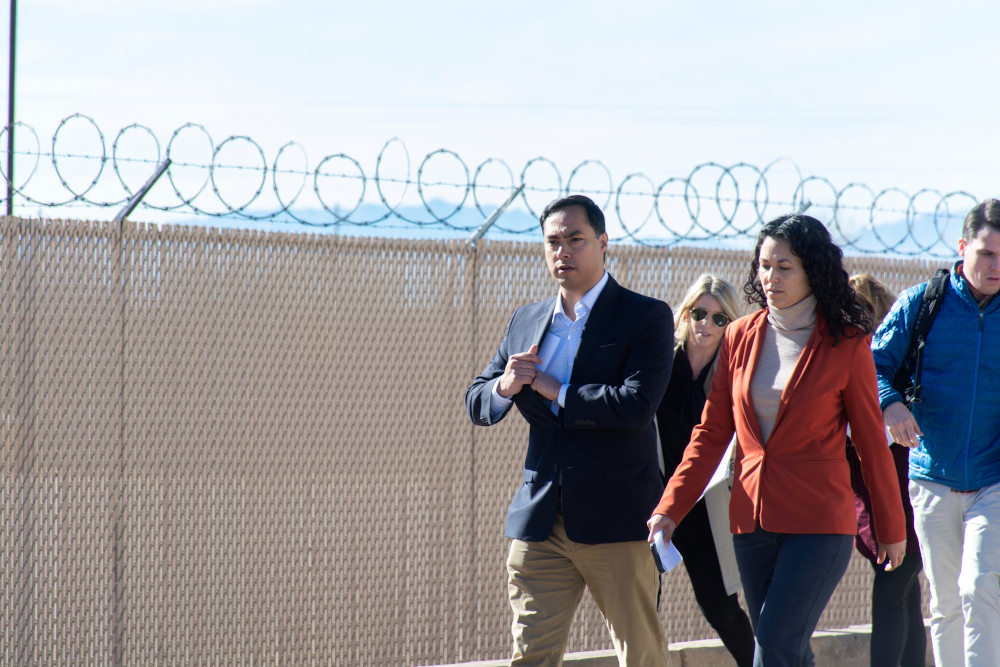 Among those watching the meeting of the U.S. bishops in Baltimore this week are Catholic members of Congress, many of whom have noted the months of heated debate over a controversial document on Communion that may address pro-choice Catholic politicians.

Texas Rep. Joaquin Castro, a Democrat who is also a former chair of the Congressional Hispanic Caucus, told NCR he considers the Catholic Church "a place of refuge, especially for immigrant families and the most vulnerable in society."

"My hope is the U.S. bishops honor that tradition and uphold those values in the upcoming vote," said Castro, referring to the bishops' expected vote on the Communion text during their Nov. 15-18 assembly.

Castro is not the only member of Congress that hopes the meeting does not leave Catholics further divided.

After the bishops voted in their June meeting to move forward with drafting the Communion document, 60 Catholic members of Congress released a "Statement of Principles" urging the bishops not to deny Communion to politicians.

More than 20 of those who signed this letter are members of the Hispanic Caucus, which advocates and drafts policy around issues that are most impacting the Hispanic community.

Of the 40 known Hispanic members in Congress, 31 of them are known Catholics, demonstrating the growing number of Hispanic Catholics in politics. A variety of caucus members have been open about how their Catholic upbringing has impacted their politics.

"I thought it was important for members of Congress to speak up for millions of Catholics in America that the Sacrament of Holy Communion is sacred and should not be denied to people for taking a stand for their rights."

Castro told NCR that his faith matters deeply to him.

"My brother and I were baptized at Our Lady of Guadalupe Church on the West Side of San Antonio, a humble and hardworking mostly Mexican American community," he said. "I can't say that I go to church every Sunday, but my faith has been a constant source of strength throughout my life, like it is for many Catholics."

Explaining why he signed the June statement, Castro said: "I thought it was important for members of Congress to speak up for millions of Catholics in America that the Sacrament of Holy Communion is sacred and should not be denied to people for taking a stand for their rights."

As the bishops begin their meeting on Nov. 15, the Hispanic Caucus will be among the many groups waiting to see what the prelates decide to do.

Castro said he was "encouraged" by Biden's recent meeting with Pope Francis at the Vatican, where the two met in private for more than 75 minutes. The congressman cited the pope's maxim that the Eucharist "is not a prize for the perfect, but a powerful medicine and nourishment for the weak."