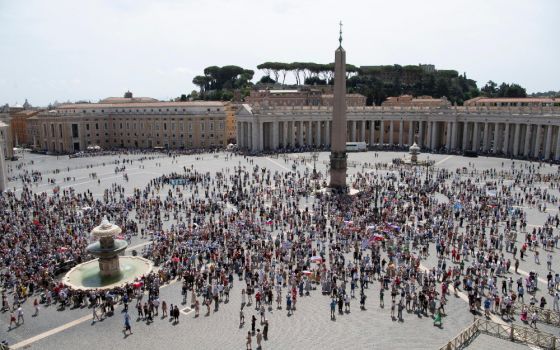 At Angelus, pope warns against using God, others for selfish aims

The Francis Chronicles: "Why do I seek the Lord? What are the motivations for my faith, for our faith?" Pope Francis asked Aug. 1 during his Sunday Angelus address. 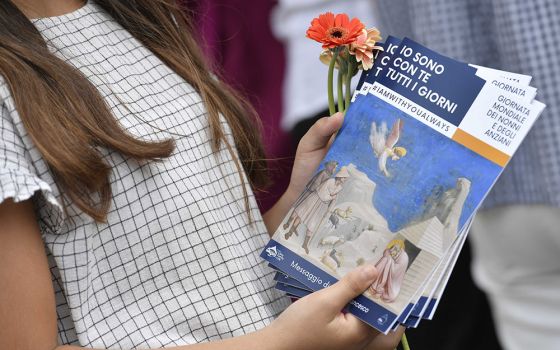 Older people are precious nourishment for families, young people and communities, Pope Francis said in the homily he wrote for the Mass marking the first World Day for Grandparents and the Elderly. 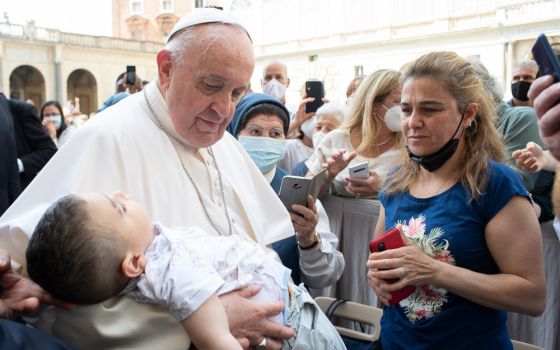 Pope: Jesus prays for everyone each day

Jesus is always praying for each and every person, desiring that his word would help people in their lives and that they never would feel alone, Pope Francis said. 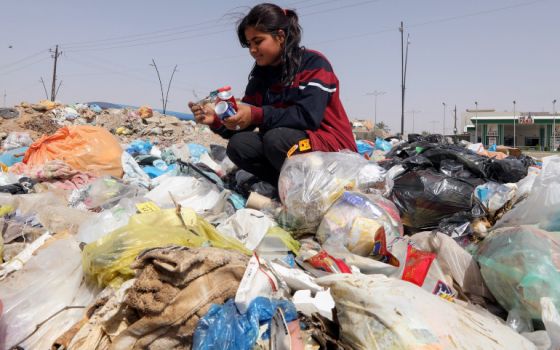 Poverty is the result of people's selfishness; it is not "fate" or the fault of the poor, Pope Francis said. 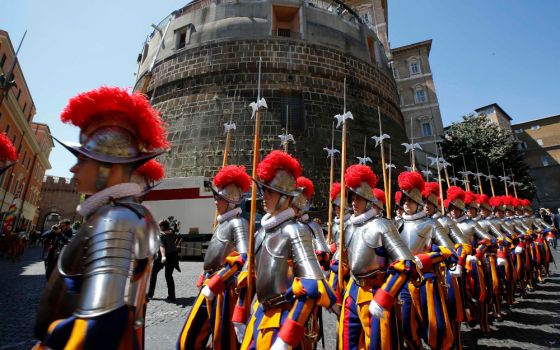 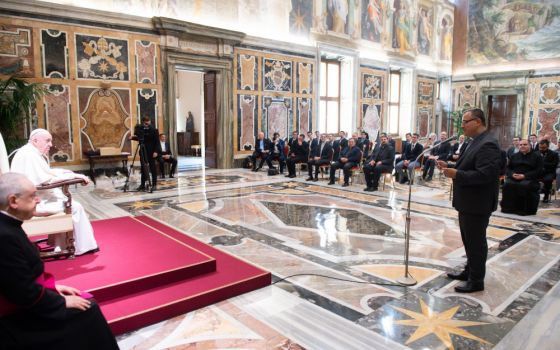 Pope: Seminarians learn more from their leaders' lives than their words

Seminarians can learn more from the way their bishops, rectors, spiritual directors and formators live than from what they say, Pope Francis said. 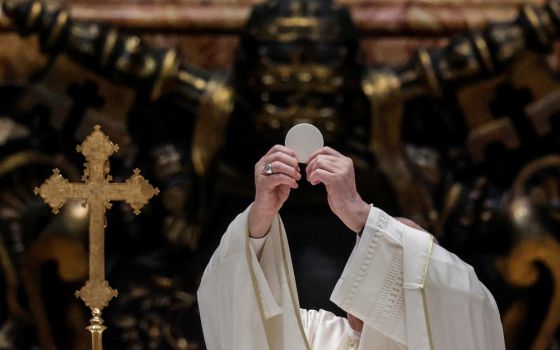 People's hearts and the entire church must be wide open to wonder and devotion to Christ and ready to embrace everyone — sinner and saint alike, Pope Francis said. 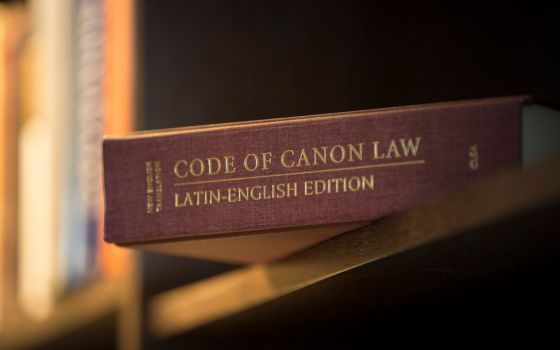 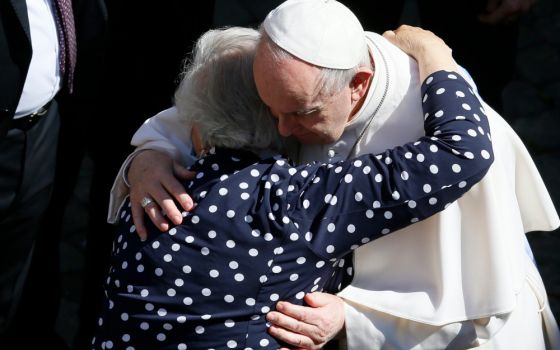 Pope: Prayer is a humble dialogue, not a magic wand

Prayer is not a magic wand or a way to ask God to be at one's service, Pope Francis said. 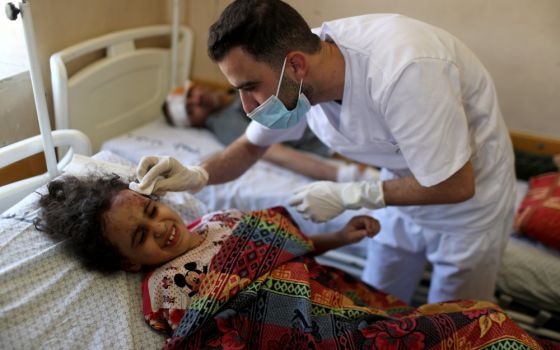 The injury and death of so many innocent people, especially children, caused by escalating violence between Israel and the Gaza Strip is "terrible and unacceptable," putting the area at risk of sinking into "a spiral of death and destruction," Pope Francis said. 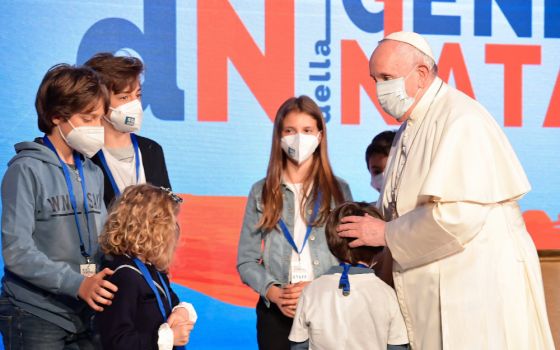 If families are not the priority of the present, there will be no future, Pope Francis said as he opened a meeting in Rome on Italy's chronic decline in population growth. 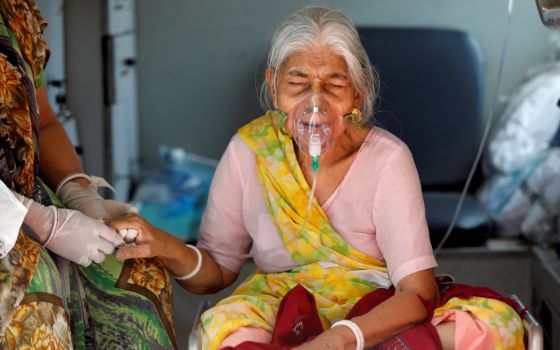 As India faces a massive surge in new infections and deaths caused by COVID-19, Pope Francis said he was praying for all those affected by the huge health emergency. 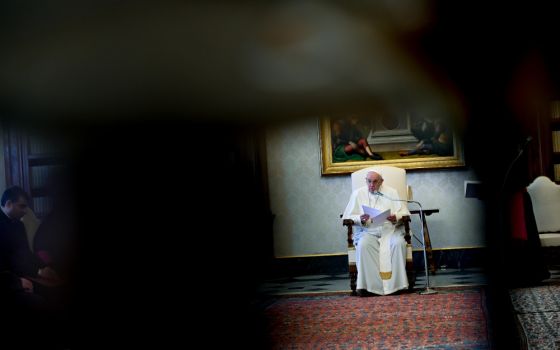 Pope: One act of pure love is greatest miracle Christians can perform 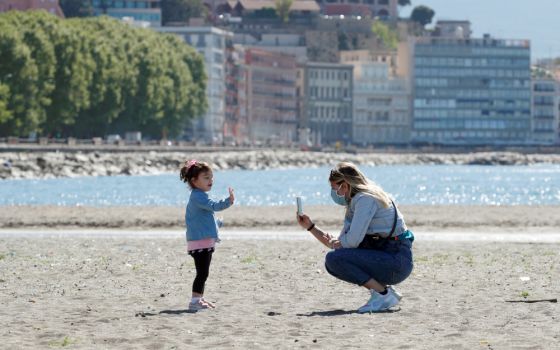 Pope will open an online meeting on 'demographic winter' in Italy

Pope Francis is scheduled to open a meeting discussing the challenges posed by Italy's low birthrate. "For more than a decade, Italy has become an increasingly elderly and less populated country, suffering from structural and legislative shortcomings at the fiscal, economic and social level," which have all exacerbated a drop in births, according to a press release about the meeting.

Gunmen in South Sudan wound bishop-elect weeks before his installation

Shortly after midnight on April 2, unidentified gunmen broke into the home of Christian Carlassare, the bishop-designate of Rumbek, South Sudan, shot him in both legs and fled, according to church news reports. 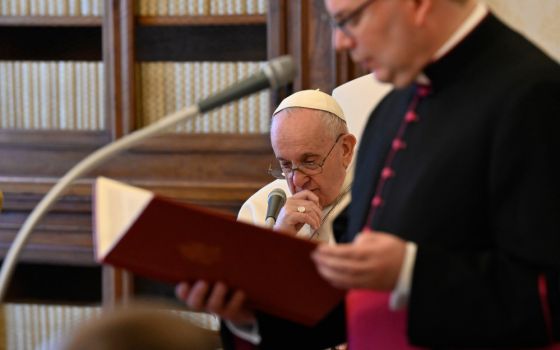 Because prayer is a dialogue with God, people should not dismiss or be embarrassed by saying their prayers out loud or in a whisper, Pope Francis said. 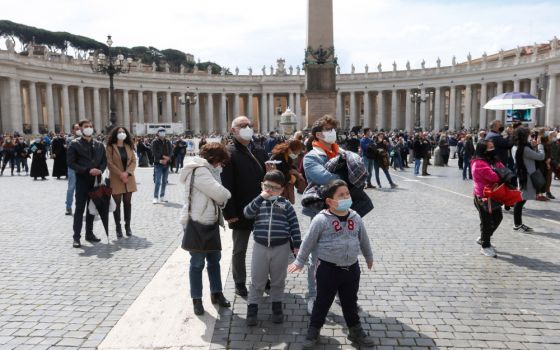 Greeting visitors in St. Peter's Square after nearly a month of tight restrictions due to the pandemic, Pope Francis said he was happy to see people allowed to gather and be present for Sunday noonday prayer. 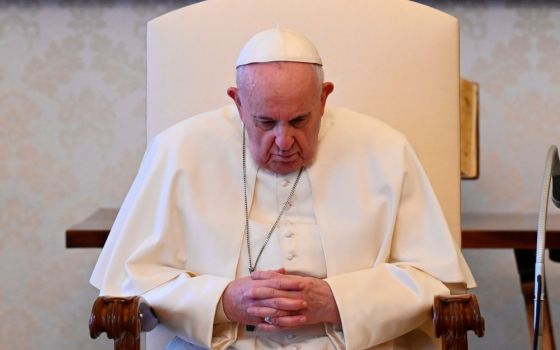 Without prayer, everything crumbles and any initiatives for church reform will just be proposals by some group and not the inspiration of the Holy Spirit, Pope Francis said.